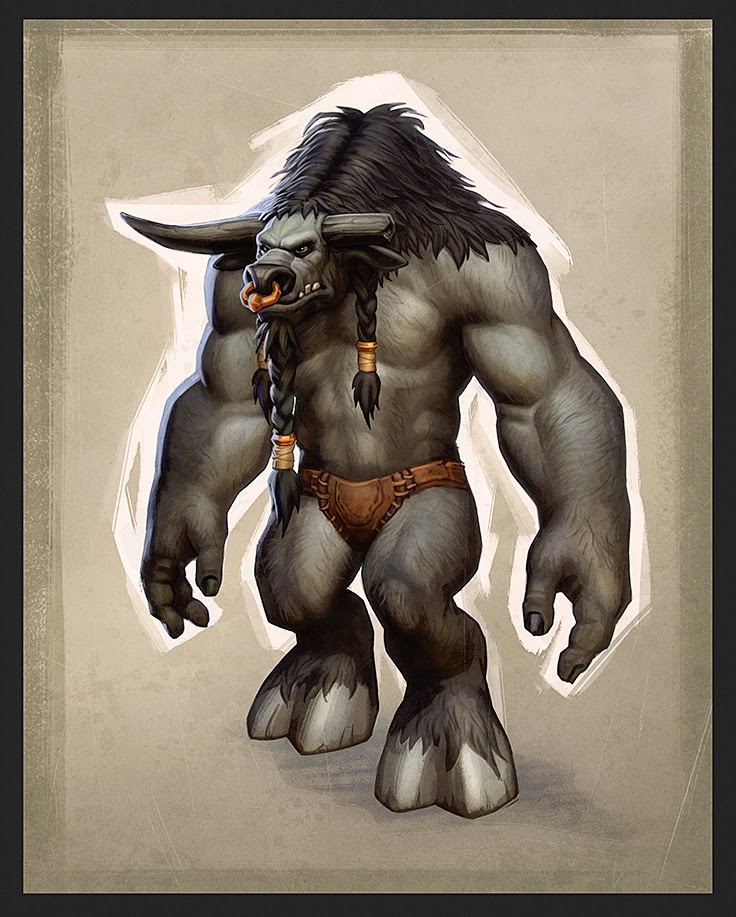 I was definitely a latecomer, but I'm a big WoW fan and saw the new character skins that Blizzard is introducing with the new Warlords of Draenor Expansion this fall.  It inspired me to draw this guy.  A dark gray Tauren hunter was my first character that I fumbled along with.  Playing WoW on a cintiq feels a little more hands-on and fun (doesn't work perfectly, though).  Here's a little process shot too.  I'm working on gear for him that I'll post soon.

I'm a big fan of Moby Franke's work. He did the Team Fortress char designs for Valve as well as some awesome stuff for DOTA, and inspired the style choice on this one.
No comments: 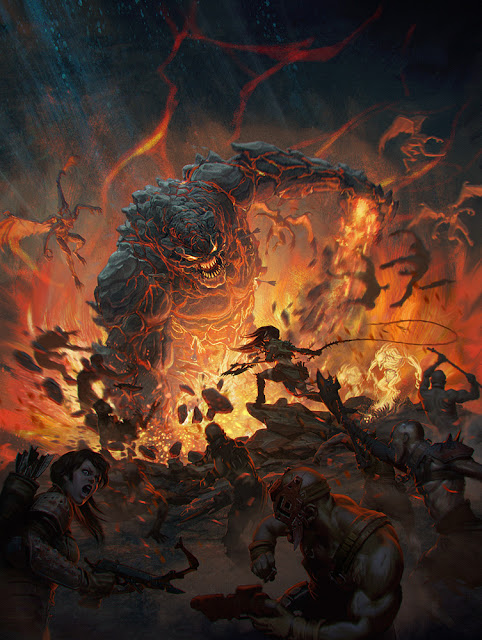 A book cover and banner I recently painted for the Brom inspired game and line of miniatures called Dark Age.  This was a bit of a short turn around, but was a lot of fun to work on.
No comments: 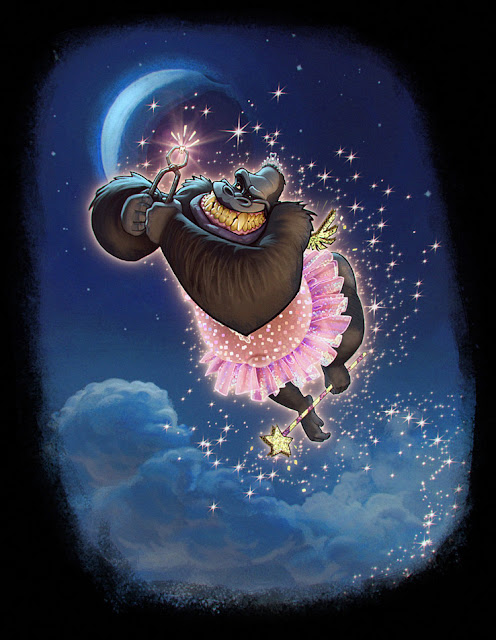 The Tooth Ape, also known as the "Tooth Fairy Gorilla" is a distant relative of the contemporary Tooth Fairy.  While endowed with remarkable abilities and a well meaning spirit, she has a reputation for over zealous fits of passion.  Therefore children should be cautioned not to speak too openly of loose teeth in public places.

This lovely character was dreamed up by my son at the dinner table last week.  I let the the kids art direct this one.
No comments: 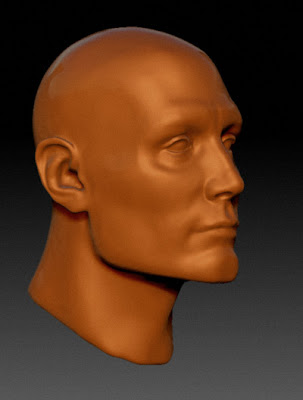 I bought Zbrush a while back and have been slowly trying to get the hang of it.  Here's a screen shot of my first sculpt.  More to come.  It's an amazing program, but I still haven't got to the point where I could say I'm "comfortable" with it.  I love getting my hands dirty and pushing around clay, but pixles just aint as satisfying.  I think I'll get there, its just gonna take time...
No comments: 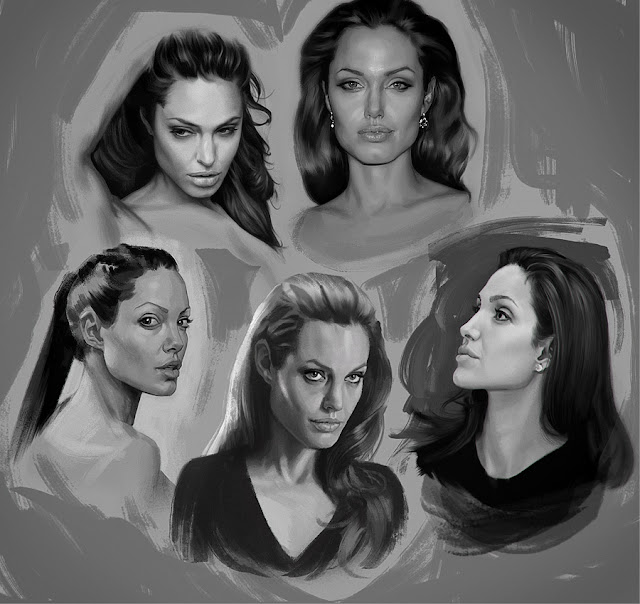 Some mo grayscale head studies - this time with process shots to boot!
No comments:

Only a Mother Could Love... 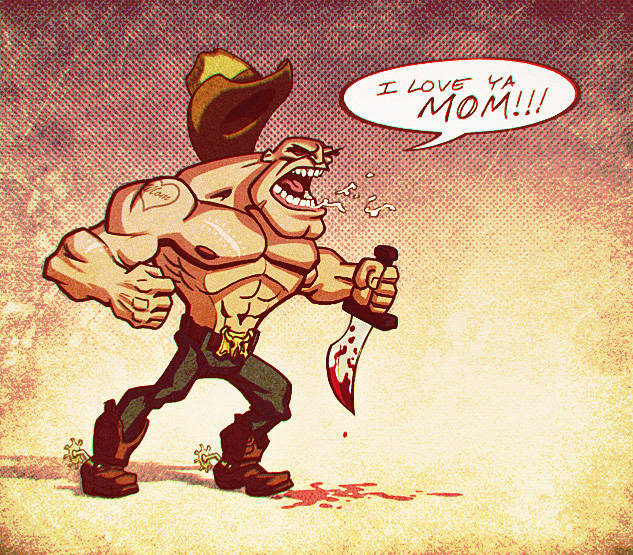 This is some SHANK2 fan art, kind of.  I never played the game, but saw the artwork and loved the character design, and animation style.  This character isn't actually in the game, it's sort of my own interpretation.  OK, I don't know what caused me to draw this.
No comments:
Older Posts Home
Subscribe to: Posts (Atom)

Welcome to my little corner of cyberspace. This is a sketch blog created for working on my weaknesses as an artist, learning and sharing (or maybe attempting to show off), and hopefully, having some fun along the way. Enjoy and feel free to leave a comment.

To go to my portfolio blog click here: my Portfolio

blogs to check out